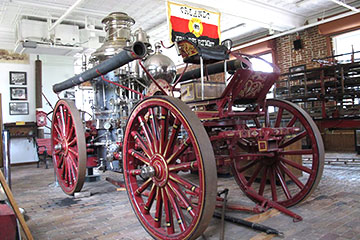 The Orlando Fire Department has been providing outstanding service to the citizens and visitors to Orlando, FL since 1885. It is currently headed by 20th Fire Chief Benjamin M. Barksdale, Jr. OFD has 17 fire stations throughout the City, and is in the top 1% of departments in America to have both International Accreditation and an ISO 1 Classification.