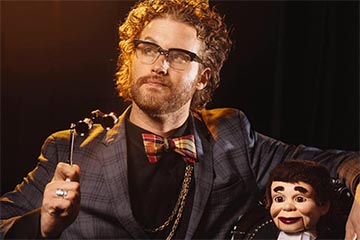 Comedian T.J. Miller is performing at the Orlando Improv on Friday-Saturday, December 18-19, 2020. TJ is an American actor, comedian, producer, and writer. In 2008, he made his acting debut in Cloverfield, and from 2010 to 2014, he voiced Tuffnut Thorston in the first two How to Train Your Dragon films. From 2014 to 2017, he starred as Erlich Bachman in the HBO sitcom Silicon Valley and also played Marvel Comics character Weasel in 2016’s Deadpool and its 2018 sequel, Deadpool 2. Miller also has had roles in films such as Yogi Bear, She’s Out of My League, Transformers: Age of Extinction, Big Hero 6, Office Christmas Party, The Emoji Movie, and Ready Player One.