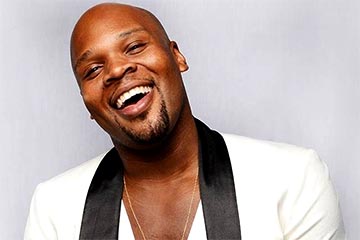 Michael James Scott is performing at the Dr. Phillips Center for the Performing Arts in Downtown Orlando, Florida on Saturday, December 19, 2020.

In a blow-the-roof-off-the-outdoor-theater musical event, Michael James Scott comes home to Orlando to close 2020 with his signature brand of laughter and light. Michael will share holiday favorites from his new album, A Fierce Christmas, along with tunes that capture his diverse musical sensibility spanning from “O-Town” to Broadway, gospel to jazz.

Scott is an American actor and singer, known for his work on the Broadway stage. He is most well known for playing the lead role of the Genie in Disney’s musical production of Aladdin in the Original Australian Cast, as well as in the West End, U.S. National Tour and Broadway productions.