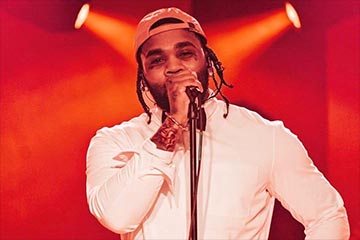 Kevin Gates is performing at the Orlando Amphitheater at the Central Florida Fairgrounds in Orlando, Florida on Saturday, March 11, 2023 at 5:00 PM.

Kevin Jerome Gilyard (born February 5, 1986), better known by his stage name Kevin Gates, is an American rapper, singer, and entrepreneur. He is currently signed to Bread Winners’ Association with a partnership with Atlantic Records. His debut studio album, Islah, released in January 2016 and peaked at number two on the US Billboard 200 chart. Prior to Islah, Gates also released a number of mixtapes, including Stranger Than Fiction, By Any Means, and Luca Brasi 2, all of which peaked in the top 40 on the Billboard 200 chart.