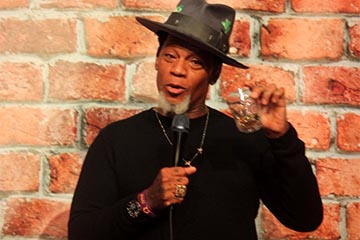 Comedian D.L. Hughley is performing at the Orlando Improv in Orlando, Florida on Friday-Sunday, September 2-4, 2022.

Hughley is an American actor, political commentator, radio host, author and stand-up comedian. Hughley is best known as the original host of BET’s ComicView from 1992 to 1993, the eponymous character on the ABC/UPN sitcom The Hughleys, and as one of the “Big Four” comedians in The Original Kings of Comedy. Additionally, he has been the host of CNN’s D. L. Hughley Breaks the News, a correspondent for The Jay Leno Show on NBC, and a local radio personality and interviewer in New York City. In early 2013, D.L. Hughley landed in 9th place on Dancing with the Stars.