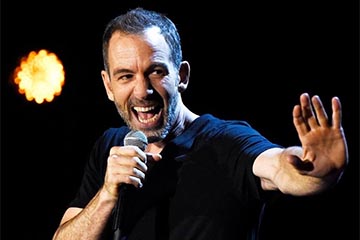 Comedian Bryan Callen is performing at the Orlando Improv on Thursday-Saturday, December 3-5, 2020. Bryan Callen is an American stand-up comedian, actor, writer and podcaster. He studied acting at the Beverly Hills Playhouse. Callen initiated his career as one of the original cast members on the sketch comedy series MADtv. Callen played Coach Mellor in The Goldbergs and reprised the role as a main character in the Goldbergs spinoff series Schooled. He is co-host of the podcast The Fighter and the Kid, alongside Brendan Schaub.