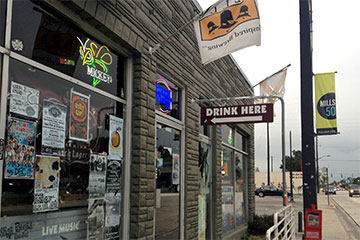 Will’s Pub is basically a neighborhood bar that was colonized by the music community as soon as it opened in 1995. It is now known as one of Orlando’s premier indie venues.