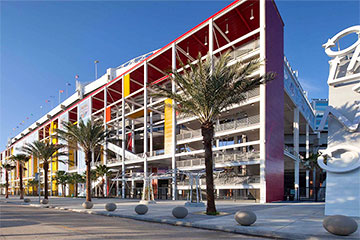 Since opening in 1936 as a Works Progress Administration project by President Franklin D. Roosevelt, Camping World Stadium has undergone numerous expansions and name changes through the years. Following a massive $207.7 million reconstruction project in 2014, the stadium is now 90% all-new.

The stadium is owned and operated by the City of Orlando.