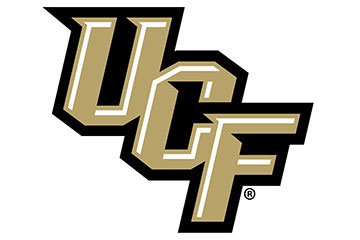 StubHub is a trusted resale marketplace, not a box office or venue. Prices may be above or below face value.

The UCF Knights football team represents the University of Central Florida (UCF) in the sport of American football. The Knights compete in the Division I Football Bowl Subdivision (FBS) of the National Collegiate Athletic Association (NCAA) and the American Athletic Conference (The American). Their head coach is Gus Malzahn. The Knights play their home games at the 44,206-seat FBC Mortgage Stadium (also known as the Bounce House), which is located on UCF’s main campus in Orlando, Florida, United States.

As of the end of the 2021 season, UCF has compiled 278 victories, six division titles, six conference championships, and an undefeated season in 2017. The Knights claim a national championship for the 2017 season despite being excluded from that season’s College Football Playoff, as they were chosen as the #1 team by the Colley Matrix.

The Knights have made 13 postseason appearances since joining the FBS, including winning two New Year’s Six bowls: the 2014 Fiesta Bowl and the 2018 Peach Bowl. The program has produced one Consensus All-American, Kevin Smith in 2007, and three Heisman Trophy candidates, Daunte Culpepper (QB) in 1998, Kevin Smith (RB) in 2007, and McKenzie Milton (QB)[9] in 2017 and 2018. UCF has produced a long line of accomplished NFL players, including Blake Bortles, A. J. Bouye, Gabe Davis, Shaquill Griffin, Brandon Marshall, Latavius Murray, Matt Prater, Asante Samuel, and Josh Sitton. UCF has had four first-round picks in the NFL Draft, players in 15 Super Bowls, and seven pro-bowlers.