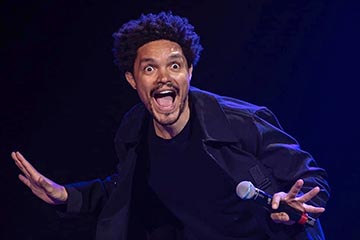 Trevor Noah is performing at the Amway Center in downtown Orlando, Florida on Saturday, October 15, 2022 at 8:00 PM.

Trevor Noah (born February 20, 1984) is a South African comedian and television host, who is currently hosting The Daily Show, an American satirical news program on Comedy Central. Noah has won various awards, including an MTV Africa Music Award and a Primetime Emmy Award from eleven nominations. He was named one of “The 35 Most Powerful People in New York Media” by The Hollywood Reporter in 2017 and 2018. In 2018, Time magazine named him one of the hundred most influential people in the world.