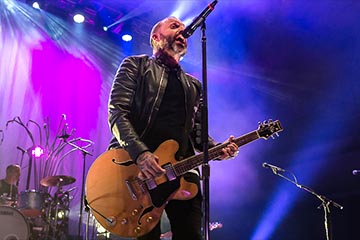 Blue October is performing at the House of Blues Orlando in Lake Buena Vista, Florida on Friday, December 9, 2022 at 7:00 PM.

Blue October is an American rock band originally from Houston, Texas. The band was formed in 1995 and is currently composed of singer/guitarist Justin Furstenfeld, drummer Jeremy Furstenfeld, multi-instrumentalist Ryan Delahoussaye, bassist Matt Noveskey and lead guitarist Will Knaak. The band has had seventeen Top 40 singles on the alternative rock chart over their past eight studio albums, and are best known for their platinum singles “Hate Me” and “Into the Ocean” from their 2006 platinum album Foiled.