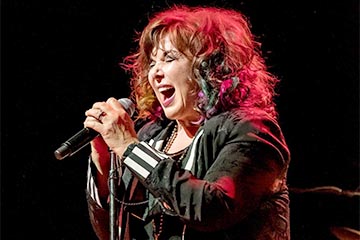 Ann Wilson is performing at the Hard Rock Live in Orlando, Florida on Thursday, June 24, 2021.

Ann Wilson is an American musician best known as the lead singer and songwriter of the rock band Heart. Wilson has been a member of Heart since the early 1970s; her younger sister, Nancy Wilson, is also a member of the band. The first hard rock band fronted by women, Heart released numerous albums throughout the late 1970s and 1980s; the albums Dreamboat Annie (1975), and Little Queen (1977) generated chart singles such as “Magic Man”, “Crazy on You”, and “Barracuda”.

In 2013, Wilson she was inducted into the Rock and Roll Hall of Fame as a member of Heart.