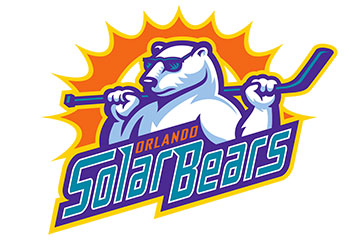 The Orlando Solar Bears are playing the Florida Everblades at the Amway Center in downtown Orlando on Thursday, December 29, 2022 at 7:00 PM.